Starting out in illustration

Over the last year Michael Parkin’s illustration career has blossomed into an exciting and varied pursuit. His sense of humour and lateral thinking has made his work popular for all kinds of clients around the world.

However, it took Michael a while to establish himself as a freelancer. In this interview Michael talks about how he established himself and the importance of being patient and not giving up. 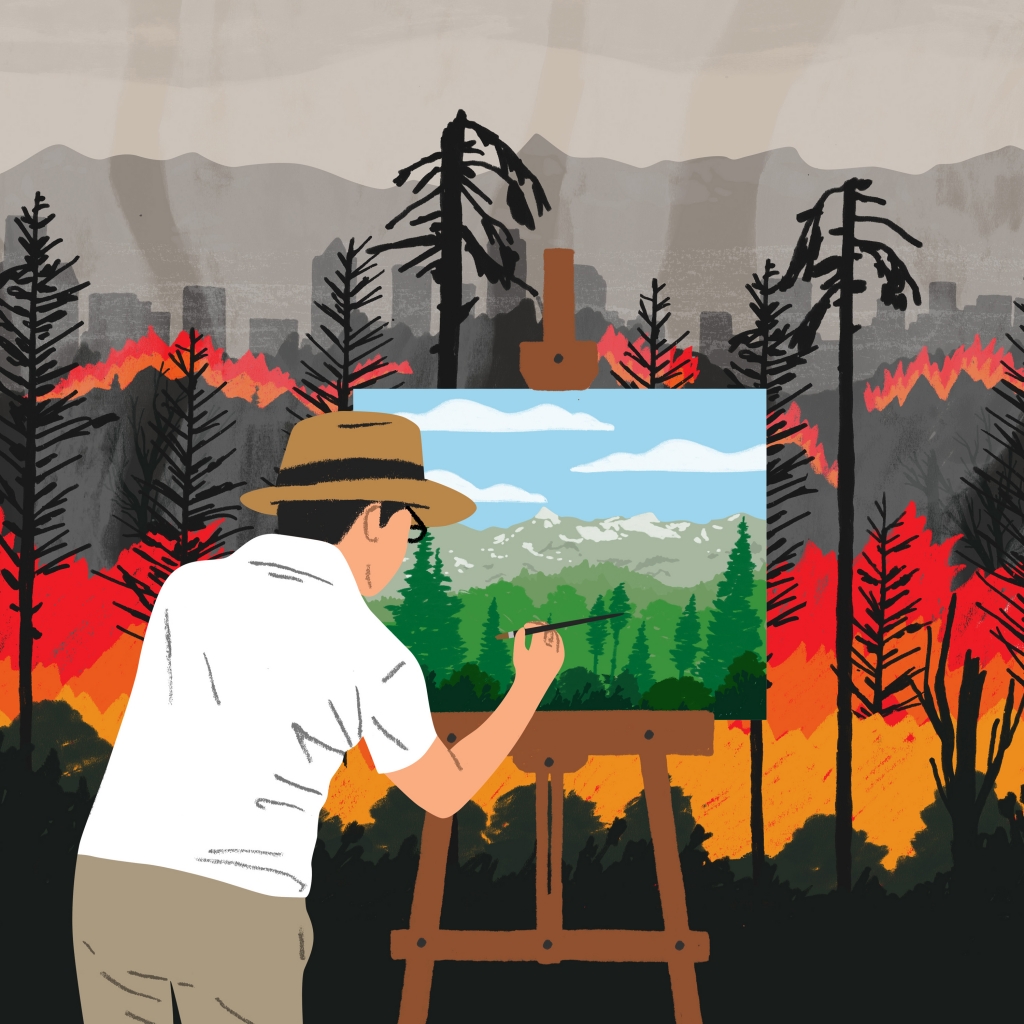 How long have you been an illustrator?

I started freelancing a few years ago, but was working part time alongside a job at Penguin. This meant that I didn’t have as much time for freelance work as I would have liked, but about a year ago I finally took the plunge and have been a full-time freelancer ever since.

When did you get your first commission?

After I graduated from University I worked really hard reaching out to Art Directors, introducing myself and sending examples of my work. I was sending physical prints and emails most days and it only took a couple of weeks before the first paid job came through. It was a quick turnaround and didn’t pay very much, but it felt like I had made it onto the first stepping stone. It was really important to get this quick win to keep me motivated.

After this I was more determined and kept pushing, making speculative work based on articles I found online and sending it to the Art Director for the publication. This was a really good process for me as it meant I got to practice working on editorial projects and it also helped to strengthen my portfolio – showing that I could tackle an editorial brief. The speculative work got some really good feedback and eventually I got my first big job through from the NYTimes. After this my confidence was much higher and it set me on the path that I am still on now.

How do you market yourself as an illustrator?

I think the most important thing when starting out in illustration was sorting my website, making it as clear and easy to navigate as possible, as this is the main platform that people see my work on. Since graduating I also set up an Instagram account, which I think is a great way to show work and to keep up with what it going on in the industry. Once I had these in place I would make things to send out to Art Directors to introduce myself and my illustration. At first I sent out some postcards, but I think that this is quite a common thing to send, so tried to rethink the idea and ended up making some fun mock-magazines which got a much better response when I sent them out. 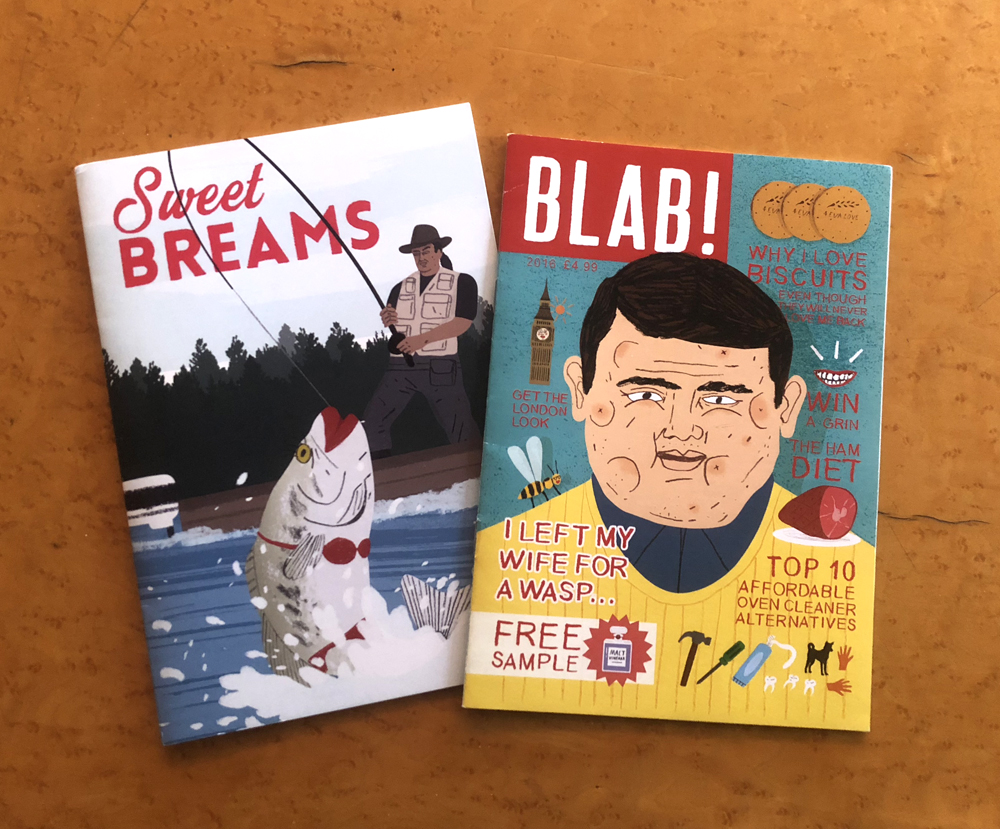 What kinds of responses did you get from clients to the different types of marketing?

Whenever people ask me about how they should contact clients I always recommend that they send out something physical, as it has far more impact than an email. If you think about how many emails they must get a day, the last thing you want to be is another person adding to their unread emails. Physical mail is different though, opening a nicely written letter that is addressed to you is exciting and seeing the work printed is far better than as a small attachment on a screen.

I’ve always found I get a much better response when I send things out, and then chase up with a friendly hello email a week or so later asking if they have received it. That said, emails definitely have their place and it is worth sending some positive emails out to people that you want to work with, introduce yourself and show them what you can do! I think it’s healthy to find a nice balance for them both.

Did you spend a lot of money on promotion?

In short, I tend not to spend much on promotional items. Nowadays I will aim to do one or two of my mini-mags a year to send out and will only print a small run of 50-75 of them. There is still a cost involved in the printing of course, but it only takes one job to come from them and they have covered their own cost. I think the more creative you can be with your mail outs, the more impact they will have. You don’t have to be spending lots on getting Giclée prints done if you think about how to best showcase your illustrations in a fun and different way, and then work with what you have.

What do you do when you don’t have any paid work on?

When I first joined Folio and took the freelance plunge, it was quite a quiet time for me. Work would still trickle through but I would often start to panic and call up to ask if there was anything I could be doing to improve my portfolio. The agents were all so helpful through this period and gave me ideas and tips, suggesting personal projects and areas that I could bulk out and strengthen. I would set self-initiated projects based around their suggestions, whether it was a set of icons for my favourite films, or a detailed map of a road trip I went on in the USA. Both of these examples have since lead to work, with Art Directors sending me them as reference for what they want.

The mini-mags that I put together evolved from all of these individual projects, as I was thinking of a way to involve all of the different styles/themes that I could send out, and the magazines worked perfectly for that. Since keeping myself busy and constantly producing work, my commissioned work has really picked up and now I am busy almost all of the time, which is amazing. I now see the quiet times completely differently – and now don’t panic (as much!), but use them to work on self-initiated projects that excite me.

Were you ever tempted to give up?

I don’t think I ever would have given up illustrating completely. I spent some time looking for other avenues to go down when I was worried about money and paying my rent and considered applying to different design jobs instead – but I know I would have ended up doing the Illustration in any spare time, as I love doing it so much. At some point I would love to also give art direction a go, and maybe some teaching – but in the meantime I am really excited and happy to be a freelance illustrator.

Was there a specific turning point?

I’m not sure if I can pinpoint an exact point, but it all definitely started to change in the last year. I am still really new to it all and am so grateful for the way things are going. I can still remember exactly how daunting it felt just after graduating, and always try to reassure people in that situation now that if they keep at it and work hard it will happen. There were many times when I almost gave up trying, but I’m so glad I stuck to it. Just like any business it’s difficult to get things going, but if you keep pushing, eventually the momentum will gather and you will make massive steps towards where you want to be.